The inscription on the Liberty Bell reads as follows: “Proclaim LIBERTY throughout all the Land unto all the Inhabitants thereof Lev. XXV X

Thursday, July 4th is America’s annual Independence Day celebration. It is the official yearly commemoration of the signing of the Declaration of Independence in 1776, proclaiming to Britain that America was no longer under their sway.

The historical basics are fairly well known. We know that the principal author of the Declaration was Thomas Jefferson, and part of the introduction, or preamble, is very well known.

We hold these truths to be self-evident, that all men are created equal and are endowed by their Creator with certain unalienable rights, that among these are Life, Liberty and the pursuit of Happiness.

Where did these truly revolutionary ideas of the basis for government come from? History tells us that the greatest source for the Founding Fathers beliefs and writings was the Bible.

The fact is that the early history of America from the time of the Pilgrims onward was saturated with Christianity. Moreover, without Christianity, America would not exist.

The First Americans were Christians on the Run

Pilgrim’s prayers before embarking to America

The first settlers in what would become America were fleeing religious persecution from their own European governments. Most fled from English monarchies to the New World because they could freely worship Christ here, and spread the Word of God.

One of the best examples of this phenomenon were the Pilgrims who were first known in England as the “Separatists.” They were an offshoot of the “Puritan” movement which would later escape to America and found the Massachusetts Bay Colony.

…the Separatists were hounded, bullied, forced to pay assessments to the Church of England, clapped into prison on trumped-up charges, and driven underground

After about a dozen years of suffering, in 1619 the leader, William Bradford, and his Separatist flock decided to become Christian “Pilgrims” in the New World. Among their reasons for taking up this perilous journey were these:

…their children were being worn down, and many were being drawn away by the lures of the world around them. …They had cherished a “great hope and inward zeal” of at least playing a part, if only as a stepping stone for others, in the carrying forth of the Light of Christ to remote parts of the world. Increasingly, the Separatists came to believe that America was the place God intended them to go…

From the time of the Pilgrims onward through our infancy, America was long considered as a Christian nation and the influence of the faith was not only acknowledged but encouraged in public life. Moreover, that influence was far more extensive than most realize.

What has happened especially during the last century forward has served to drive a wedge between Christian faith and government. A wedge that has only resulted in a cultural nosedive in America.

No Christ Means No Christianity and No Europe

Europe during the late 18th Century, when America was born was a conglomeration of various ‘Christian Monarchies’ dominated by Kings, Popes, and Archbishops. Obviously, without Christianity, there may be kings, but no Popes and the like would exist. 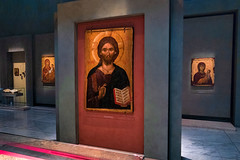 Much of the art and literature of the Renaissance directly reflected Christian beliefs and biblical imagery yet its humanism was a severe critic of Christianity and the Church. Moreover, the ascendance of ‘reason’ in the Enlightenment was used in antagonism to Christian faith and influence.

Without Christianity, none of that exists, and the history of Western Civilization vanishes. What would exist, if something did at all, is literally unimaginable, at least in any semblance of detail.

It might be also said that without Christ there would be no Islam since Jesus is a revered figure in that faith. However, Christ is not the God of Islam, and all Muhammed needed for his tyrannical religion was the Old Testament and delusions of grandeur.

Moreover, other parts of society we take for granted but do not normally connect with Christianity would be seriously altered or not exist at all.

It is perhaps not common knowledge that the pioneers of modern science were mainly of the Christian faith. Sir Issac Newton, the discoverer of gravity and enumerator of physical scientific Law was such a one.

For Newton the world of science was by no means the whole of life. He spent more time on theology than on science; indeed, he wrote about 1.3 million words on biblical subjects. Yet this vast legacy lay hidden from public view for two centuries until the auction of his nonscientific writings in 1936. Newton’s understanding of God came primarily from the Bible, which he studied for days and weeks at a time.

Though science is not as much associated with faith today, there is one thing in science which has not changed, at least in theory. That is the “scientific method,” developed by Sir Francis Bacon in 1618.

he proposed a new science based on experimentation, inductive reasoning, and the betterment of the human condition. 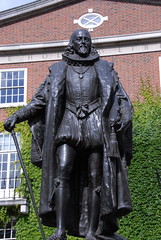 Bacon believed that we should observe and learn as much about the world as possible and that the Word of God authorized such investigation. The way to accomplish that was with experimentation.

The tenets of the “scientific method” still hold today. In brief, those tenets declare that scientific inquiry must be observable, testable, repeatable and falsifiable.

That is, in order for a hypothesis, aka a scientific educated guess, to be verified it must pass those criteria. It then reaches the status of a theory, and closer to established scientific fact.

The nearest to settled fact that exists in science is scientific Law, such as the Laws of Thermodynamics in physics. A theory can only reach the status of Law after an extended period of time in which the theory is tested over and over for perhaps centuries.

All the scientific advances of our modern age owe their existence to inquiry by the scientific method in one fashion or another. If Christianity did not exist, it is reasonable to speculate that the discovery of electricity and the harnessing of its power, along with all that it has made possible would never have happened.

Be Thankful This Independence Day, and Work to Preserve Liberty

The overwhelming preponderance of factual evidence points to the conclusion that America was founded by Christians with biblical principles undergirding the foundation of the nation. On Independence Day we should both embrace and be eternally thankful for that truth.

Moreover, we should work to preserve and practice that truth at all levels of society, including in the government. Americans should relearn a crucial observation made by John Quincy Adams, the sixth President of the United States, and son of John Adams, the second President.

If that spirit and practice can be renewed in this nation called America, we may once more realize and be grateful that God’s Word declares,

2 thoughts on “There Is No America Without Christ [Video]”