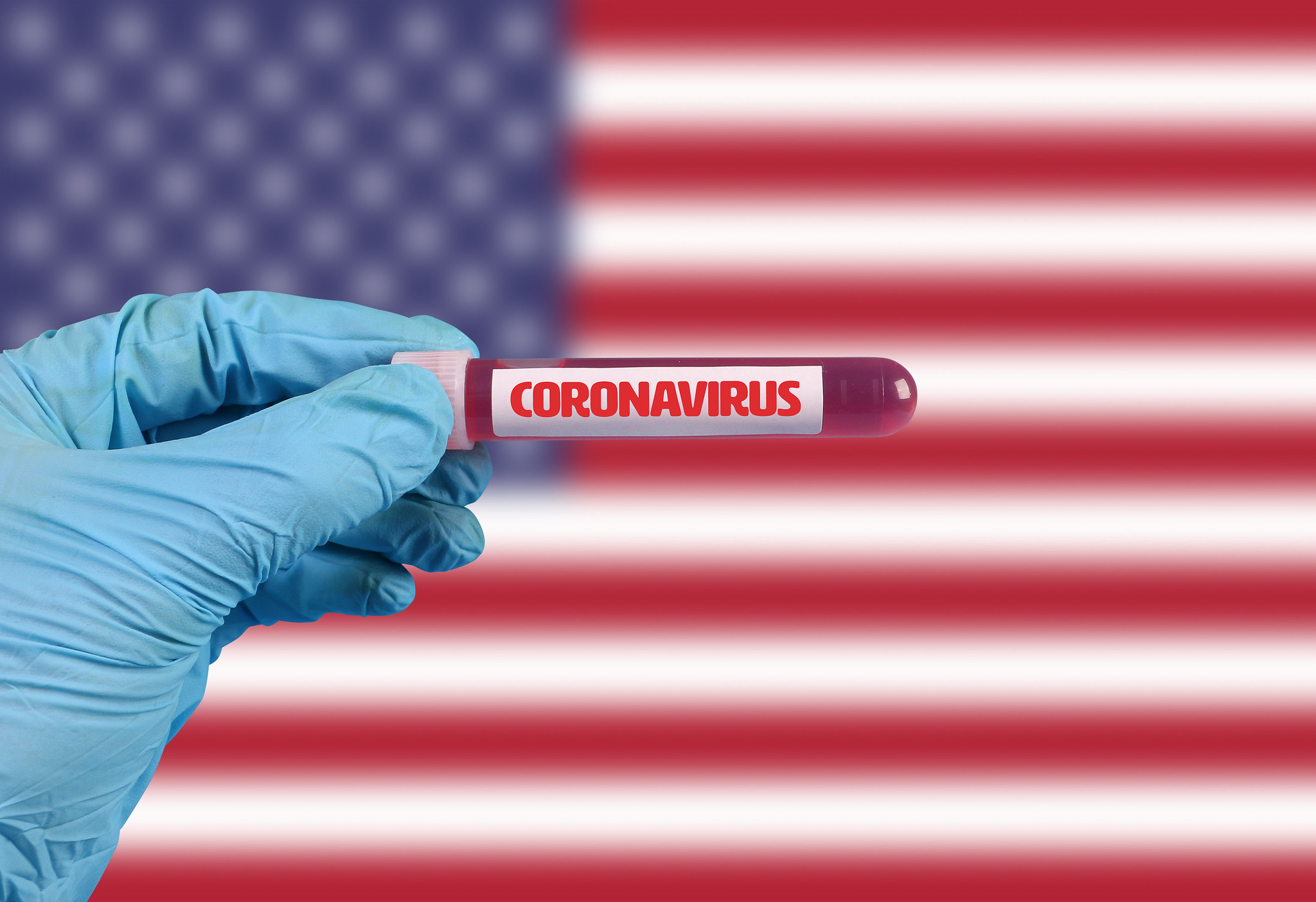 The election rhetoric of 2020 has recently featured a Democratic Party attack upon President Trump claiming that he is responsible for most or all of the 200,000 American deaths due to the COVID-19 pandemic. This attack has, of course, been parroted in screeching fashion by the propagandist division of the DP, the Leftmedia.

It is also typical here that the DP and Leftmedia will obfuscate and deceive in order to try and make this narrative stick enough to prevent President Trump’s re-election in November. Why? Because, as the saying goes, ‘in an election year, everything is about the election.’

The Virus Began and was intentionally spread from Wuhan, China 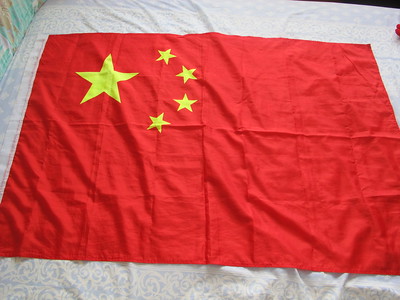 This might appear as a revelation to some on the Left, but there was no COVID-19 pandemic until the Chinese Communist Party allowed the virus to escape from China! Moreover, there is strong evidence that this virus was created in the Wuhan lab.

Such evidence was revealed as far back as February of 2020 in an article from the UK based DailyMail online.

Chinese scientists believe the deadly coronavirus may have started life in a research facility just 300 yards from the Wuhan fish market. … A new bombshell paper from the Beijing-sponsored South China University of Technology says that the Wuhan Center for Disease Control (WHCDC) could have spawned the contagion in Hubei province. …The principle investigator participated in a project which generated a chimeric virus using the SARS-CoV reverse genetics system, and reported the potential for human emergence 10. A direct speculation was that SARS-CoV or its derivative might leak from the laboratory.’ The report concludes that ‘the killer coronavirus probably originated from a laboratory in Wuhan.’

Then came the statement from the World Health Organization parroting the CCP line that there wasn’t evidence that COVID-19 was transmissible from humans to humans. WHO, the puppet of the CCP at every stage of the pandemic progress, joins a line of many discredited and error-prone “experts” about the response to the viral threat.

Moreover, the CCP used the delay of such claims to keep people who flew out of Wuhan away from other destinations in China while allowing flights from Wuhan to go everywhere else around the globe. This initial action speaks of a malevolent intent on the part of the CCP.

The fault for every life lost worldwide must begin at the feet of the CCP, period. By any honest assessment of the evidence the CCP launched a biological attack upon the world.

President Trump certainly cannot be blamed for acting to bar flights from China back in January while various Democratic politicians like Nancy Pelosi were inviting the public to a celebration in Chinatown shortly after. Which brings us to another party at fault for the largest death counts due to COVID-19 in the U.S.A., the Democratic Party in America. 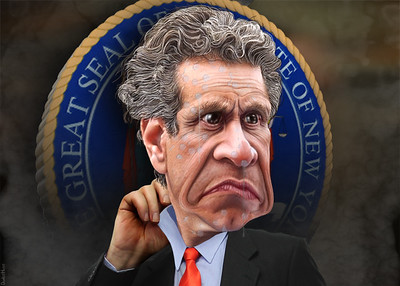 One state in America is among the highest COVID-19 death toll per capita in the nation and in fact, the world, New York. The largest portion of those who have died in NY state owe their demise directly to policies enacted by the Democratic Governor of NY, Andrew Cuomo.

The data has revealed that some 84% of those hospitalized in the state obeyed the state and local ‘stay at home’ orders! It would appear that the ‘experts’ recommending that everybody stay in their homes were completely off base in this instance.

Moreover, even after it was known that those at greatest risk for dying from the virus were the elderly, Gov. Cuomo required nursing homes to accept COVID-19 patients from hospitals without testing to see if these patients still had the disease.

How did this policy work out? It was a disaster, resulting in the vast majority of nursing home deaths in N.Y. during 2020.

Cuomo’s policy directed nusring homes and adult care facilities to accept patients coming not just from hospitals and other facilities with incidents of coronavirus, but also forced those same programs to accept coronavirus-positive patients and those recovering from the virus, many of whom continued to be contagious. The policy appears to have led to more than 5,000 deaths in New York alone.

It was enacted by order of the Governor on March 25, 2020. The order was rescinded less than two months later, perhaps after Cuomo saw all the negative press he was getting.

The Governor then tried to deflect critics by blaming the order on President Trump referring to the guidelines given out by the Centers for Disease Control.

“Cuomo, who said the state was following guidelines from the federal Centers for Disease Control and Prevention, reversed the order under pressure May 10, long after New York’s death toll in care homes had climbed to among the nation’s highest.”

Again, Cuomo is lying. Federal guidelines did wrongly tell homes they could accept coronavirus patients, it did not tell Cuomo to force homes to do so.

In fact, the U.S. Department of Justice is launching and investigation into the actions of Cuomo and other governors who have instituted the same policy.

The Justice Department on Wednesday sent letters to the governors of New York and three other Democratic-led states, seeking data on whether they violated federal law by ordering public nursing homes to accept recovering COVID-19 patients from hospitals — actions that have been criticized for potentially fueling the spread of the virus.

The New York order issued March 25, for example, specifically told homes they could not refuse to accept recovering COVID-19 patients from hospitals as long as the patients were “medically stable.” The order barred homes from even testing such patients to see if they still had the virus. Some homes said they feared they would lose their licenses if they didn’t comply. [italics mine]

The three other states that the DOJ is looking into are New Jersey, Pennsylvania, and Michigan. All three are led by Democratic governors.

The lock downs, economic devastation, and violent riots are also directly due to actions of Democrat politicians 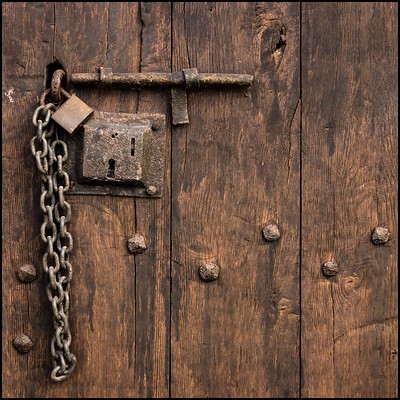 The lock down status existing to various degrees around the nation have come about solely due to the Leftist Democrat political authorities. What began as “15 days to slow the spread,” back on March 16th has now morphed into almost eight months of Democratic tyrants telling Americans that their constitutional rights to freedom of movement, association, and peaceful assembly, whether at church or protest, are forfeit in order to chase to latest goalpost of “defeating the virus.”

The inevitable consequence of these actions was an economic crash as unemployment soared into double-digits and small businesses closed. The worst of this has occurred in states controlled by the Democratic Party.

Two things have emerged from the combined effects of economic woes and the lock down/shut downs. One is the ascension of violent riots that would never have ballooned to such grotesque proportions without the Democratic party’s encouragement and enablement.

These wanton acts of violence have long since ceased to be about anything like “police reform,” as the BLM/Antifa terrorists want nothing less than to abolish the police altogether. They aren’t fighting for any kind of justice, rather they are engaging in a revolution to be able to exact their own twisted idea of vengeance and the deaths from those acts is also the fault of the Leftist Democrats, but that is another article.

The second is the increase in deaths from suicide, drug overdoses, and untreated illness, during these state-imposed home imprisonments. Of course, these lock downs have provided ample opportunities for domestic violence to increase, and that is indeed the case.

The National Domestic Violence Hotline has received more than 2,300 calls since mid-March in which COVID-19 was cited as a condition of abuse, the organization told Forbes earlier this week. …The COVID-19 pandemic creates a perfect storm for exacerbating domestic violence, foremost by forcing family members into close contact with their abusers. “When you increase exposure, you increase beatings,” Post said. “Whenever a family spends more time together, the violence will increase.”

Both the lock downs and economic devastation are themselves consequences of the pandemic panic and most notably the fascist response of the Democratic executive authorities in the states. The collateral damage is directly attributable to those Democratic tyrants who insist on keeping the American people in home imprisonment to this day.

The President’s response to the COVID-19 pandemic was not perfect, but it was decisive and to some extent very effective given the initial prognosis from the health ‘experts’ that America would suffer ten times the amount of deaths from the virus than the official number of over 200,000.

The biggest mistake I believe that President Trump made was to listen to his ‘experts‘ from the public health arena.

President Trump, you may remember, was in favor of opening up after 15 days, a blow that our economy reasonably could have weathered. Instead, because of the insistence of the public health ‘experts’ on Vice President Pence’s Coronavirus team, the President went against his own instincts and extended the lockdown to April 30th. …The public health experts within America have also been wildly inaccurate in their predictions about the spread and lethality of the virus primarily because Drs. Fauchi and Birx have been relying upon figures produced by the Institute for Health Metrics and Evaluation [IHME] from the University of Washington. Perhaps using figures from an organization funded by China sympathizer Bill Gates was not such a wise idea.

Even so, we should remember that the President did not order a national lock down or shut down. Instead, the administration issued a set of guidelines urging Americans to do certain things to combat the virus.

Developed by public health experts on the White House Coronavirus Task Force, these guidelines remain essential for containing the virus and protecting the most vulnerable among us:

Listen and follow all directions from your state and local authorities.

Avoid social gatherings, especially those with more than 10 people.

Practice strict personal hygiene. Wash your hands and avoid touching your face. Sneeze or cough into a tissue or the inside of your elbow.

Use pickup or delivery options instead of eating at restaurants or bars.

Work from home if at all possible. Do not go to work if you feel sick.

If someone in your household tests positive for Coronavirus, keep the entire family at home and contact your medical provider.

The first of these guidelines puts the impetus upon the “state and local authorities” to issue the actual lock down orders. As we have seen, the Democratic leaders in particular have abused their new-found powers ever since.

The facts show that President Trump cannot be blamed for any of the deaths from the pandemic in America, despite the continued campaigns of lies and deflection hurled against him by the Left. However, that will not make the Democrats cease their attacks, rather it should be expected that the malevolence will be amplified as they desperately clutch at any straw to grab and hold power over the people in the coming election.

ADDENDUM: While finishing this piece I saw the news that President Trump and First Lady Melania have tested positive for the coronavirus. I have little doubt that many in the Democratic Party see this as a positive development and that they will wish, silently or publicly, that the virus will result in President Trump’s demise.

Regardless of the reactions from the Left in particular, our task as Christians is to pray for a full and swift recovery for the President and First Lady. Moreover, we must be alert to the machinations of the Left as they seek to turn this to their advantage against the best interests of America.

Be sober-minded; be watchful. Your adversary the devil prowls around like a roaring lion, seeking someone to devour. 1 Peter 5:8 [ESV]